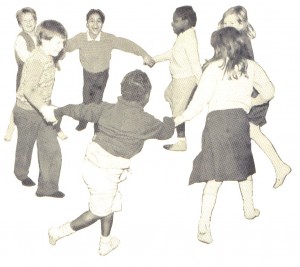 In 1974 High Court Judge Morris Finer, “ an outstanding member of the post-war Bar” ,  was appointed as the chairperson of a Parliamentary Joint Action Committee.

The 1970’s have been described as the decade in which “the cultural texture of British life probably changed more quickly …. than during any other post-war decade”. Finer and his team were asked to investigate the consequences of Britain’s new social currents for both childcare & families.

The resulting reports  recognised that parents, either in work or in training, needed facilities to care for their children. Looking deeper, they found that providing this care was a benefit to society as a whole – nurturing children in safe and stimulating environments, enabling the independence of families and helping both local and national economies to flourish.

Around this time, in Bristol, six independent Afterschool and Holiday Play Schemes began pooling their expertise and resources. Their joint ambition was to bring in to being the Finer recommendations in a way that was co-operative, practical and rooted in the communities of the city. 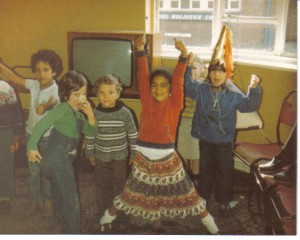 1978 they formed the Bristol Association of Neighbourhood Daycare.

Newly incorporated, their first step was to secure Urban Aid funding through Bristol City Council, so enabling the appointment of a part time co-ordinator. As the parents of Bristol formed new childcare groups, the organisation grew to meet the demand, drawing on all its shared resources to assist them navigating from conception to success.

With demand snowballing, BAND won more funding and established an office in the Old Market area of the city, from which the first full time Development Worker and Administrator supported groups across the span of the city.

As difficult as it might be for modern observer to believe, childcare in the UK was at this time was a largely unregulated sector.

Working in conjunction with the local authority, BAND reached out to regional and national organisations within the sector, determined to develop and promote the principles of excellent childcare provision. 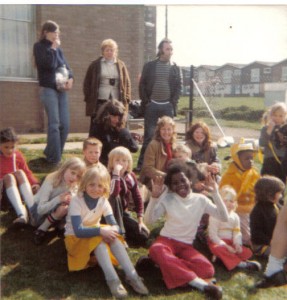 With the component member groups as its eyes and ears the organisation was able to test and refine its practice and ethos.

Woven in to the fabric of Bristol’s child care community, BAND was uniquely positioned to understand the city’s evolving needs; to be responsive and accessible to all of Bristol’s families, and particularly reach out to low income and lone parent families.
GOTO:
History Home