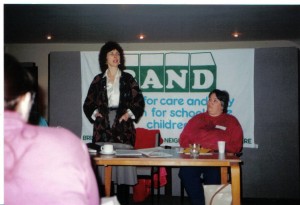 In 1989 The Children Act  was passed, the first major piece of legislation in the UK aimed at setting standards for the out-of-school care sector. The new act:

“…allocated duties to local authorities, courts, parents and other agencies in the United Kingdom, to ensure children are safeguarded and their welfare is promoted.”

With its heritage in the sector, BAND had the expertise to assist Bristol’s childcare providers in reaching and surpassing the new minimum legal requirements, helping them reach for excellence.